To many people of liberal persuasion, the norm of our times, a ‘police state’ is one of the worst nightmares (unless it is a matter of national security, of course). What a change since the times when authors would express their admiration for the high civilization of a country saying that it was, literally,’ well policed’. In fact there is a deep link between ideas – and ideologies – of good government, law enforcement and security. The name of the police is not pristine, but it tells an interesting story.

Different countries use different names for their law enforcement institutions, although police and its cognates are by far the largest group. Police appears in English towards the late 15th century in the sense of ‘public order’, from French, from medieval Latin politia ‘citizenship, government’, related to policy. It acquired the current senses from the early 19th century. Policy is from Old French policie ‘civil administration’, via Latin from Greek politeia ‘citizenship’, from politēs ‘citizen’, from polis‘city’. With a delicate expression, an old dictionary associates police and law enforcement to the tranquillity of the state.[1] However tempting, the full exploration of the benefits of a conceptual exodus from security to tranquillity would take us too far, for the time being.

Towards the end of the 16th centurty, Lodovico Guicciardini praises the good, well ordered, government ‘that great, rich, and highly civilized [ben’ politiata] province of China, in the East Indies’ where the art of printing had been in use for a thousand years [2]. 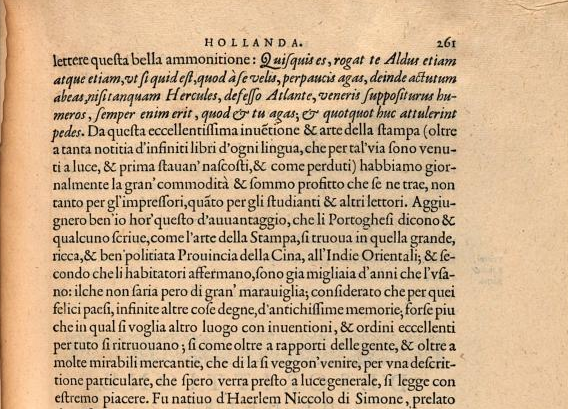 Similarly, the great trading cities of Germany, are also a paragon of good government: free republics like Nuermberg ‘a rich land full of arts and commerce, and above all greatly civilized and well governed’ (ben’ politiata).[3]

Without piling up further citations, I can just recall how Voltaire refers to China – i.e., a great nation that was already civilized (policée) when Europe were still a savage land [4].

While police is the most common name for law enforcement institutions, from France to Indonesia, from Argentina to Turkey, it is by no means the only one. Interestingly, the reference to the city and how to keep it in order and well governed pops up in several other cases. In Iran we find the Edâreh Shahrbâni (اداره شهربانی) that can be literally – and liberally – translated as “city-building bureau” or “controlling/administering the building of a city”. So far so good.

In modern Greece we find the Elleniki Astynomìa (Ελληνική Αστυνομία), where once again the police is in the business of bringing lawfulness (nomìa) to the city (asty, an archaic word for city; I bet they picked it just because everybody else had already booked polis…).

A short hop across the Mediterranean sea lands us in Israel, whose modern Hebrew’s Mishteret (משטרת) has no reference to the city, but a strong link with one of the Biblical Hebrew words for dominion, rule, authority [5].

In Iceland the national police, or Ríkislögreglan is clearly the institution that keeps good order and rules (regl/a) in the state (ríki) according to its laws and statutes (lög). A textbook case.

Other ancient words for law enforcement conjure up the formation of state power under kings, warlords and their retinues. Guard (le guardie, still very common in vernacular Italian; Guardia Civil Española; Guarda Nacional Republicana in Portugal; Garda Síochána, the guardians of the peace in Ireland, etc.) derives from the act of watching and observing carefully. Surveillance, the eyes of the king are watching over you. Gendarmerie, or militarised police (France, Spain, Italian Carabinieri), is perhaps the closest to the classic field of security in the sense of military affairs, and in fact it recalls the gens d’armes, the members of the core standing army of the sovereign. In the picturesque English Constabularylaw enforcement is entrusted to the closest friend (comes, count) of the king, and highest officer at court, the chief of the royal stables. Unlike the previous examples where a royal pedigree was de rigueur, the Catalan Mossos d’Esquadra were born as irregular militias in the War of the Spanish Succession. 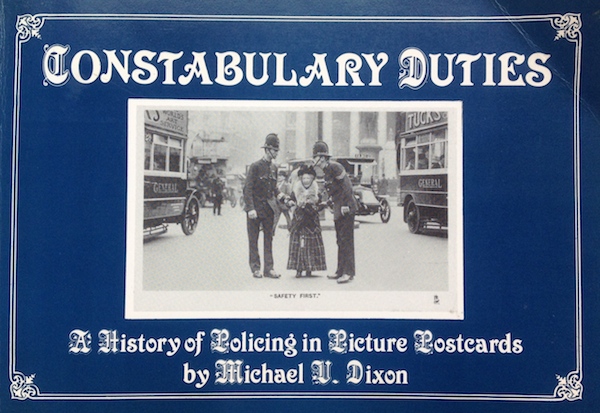 Modernization and its marker, bureaucratization, brought with itself a flurry of national/federal bureaus of investigation (USA; Germany: Bundeskriminalamt; China: public security bureau or Gonganju). A rationally organized system of desks from where to investigate, that is, diligently look for and follow footprints or other clues (vestigia).

Back to the main point, one can see how the exercise of political power is always wary of its legitimization. The historical-linguistic association of its main coercive institution with civilization and the orderly governance of the city is in itself a dignified ideological programme.

A decisive acceleration – or perhaps a decisive turn – in this history happened during the opening salvos of the Cold War with the invention of the concept of national security [6]. It was the mother of all securitization processes: from Truman’s National Security Act to Bush Jr.’s – and Obama’s – Department of Homeland Security, police and law enforcement were cast into security steel, quite different from the ordered administration of the city. Benjamin Franklin and Guicciardini would not agree.

With the recent (and ongoing) securitization of international aid, the institution-building packages that the international community is injecting into fragile states like Afghanistan bear the hallmarks of this history. During the last decade, for example, international aid has been paying for the creation of a brand new Afghanistan National Police (Pôlȋs-e Mellȋ-e Afghânistân – پولیس ملی افغانستان) as a cornerstone of the new democratic Afghanistan. Now that we know more about the depth and wealth of meaning that lies behind that name, we can better appreciate the relevance of this state-building project. A pity that most Afghans, having experienced a less than ideal standard of behaviour from so many uniformed officers, have figured out their own – quite different – etymology for the term. They suspect it might have to do with ‘pôl’ (پول), money, and ‘lȋs’ (لیس), to lick.

[5] Ernest Klein, A Comprehensive Etymological Dictionary of the Hebrew Language for Readers of English (CARTA–The University of Haifa, 1987): 390,
(accessed online).